In an recent Microsoft event, I happen to present to one Microsoft representative e10 product doctr ( a doctor to doctor discussion forum ) which is practically has a biggest competitor as curofy.

Every feature I would explain, the answer ended up thrown in trash can, with one answers,

"Its not going to happen, your competitor already does that".
"You think doctors have time for that? They are too busy".
"You don't have a revenue model".
"You would fail, since the Idea is already out there".

A recent e-commerce boom in Indian market, suggests otherwise. All of them have same set of products and same type features, but they sell. Which is  called competition.

The representative did not wanted us to launch it seems, (no idea about his vested interest) but he definitely did not like it. This was only 10 minutes conversation.

As the title suggests, you can see if you start discouraging people to ever build anything that even slightly matches your idea. There is Android, and iPhone in market, then why did Microsoft still pursue Windows Phone, What's in the world of smart phone that they think to improve ?.

Its same for any product/service. Expect the competition, you can never kill it.

DOSE OF WISDOM IN YOUR INBOX 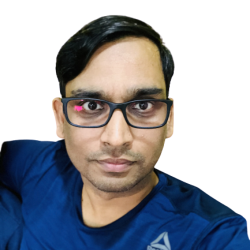